This famous photo has been used thousands times in posts, forums, films, in a books about Dyatlov’s group. Let's look at it carefully, unaccompanied by the researchers of the Dyatlov group. 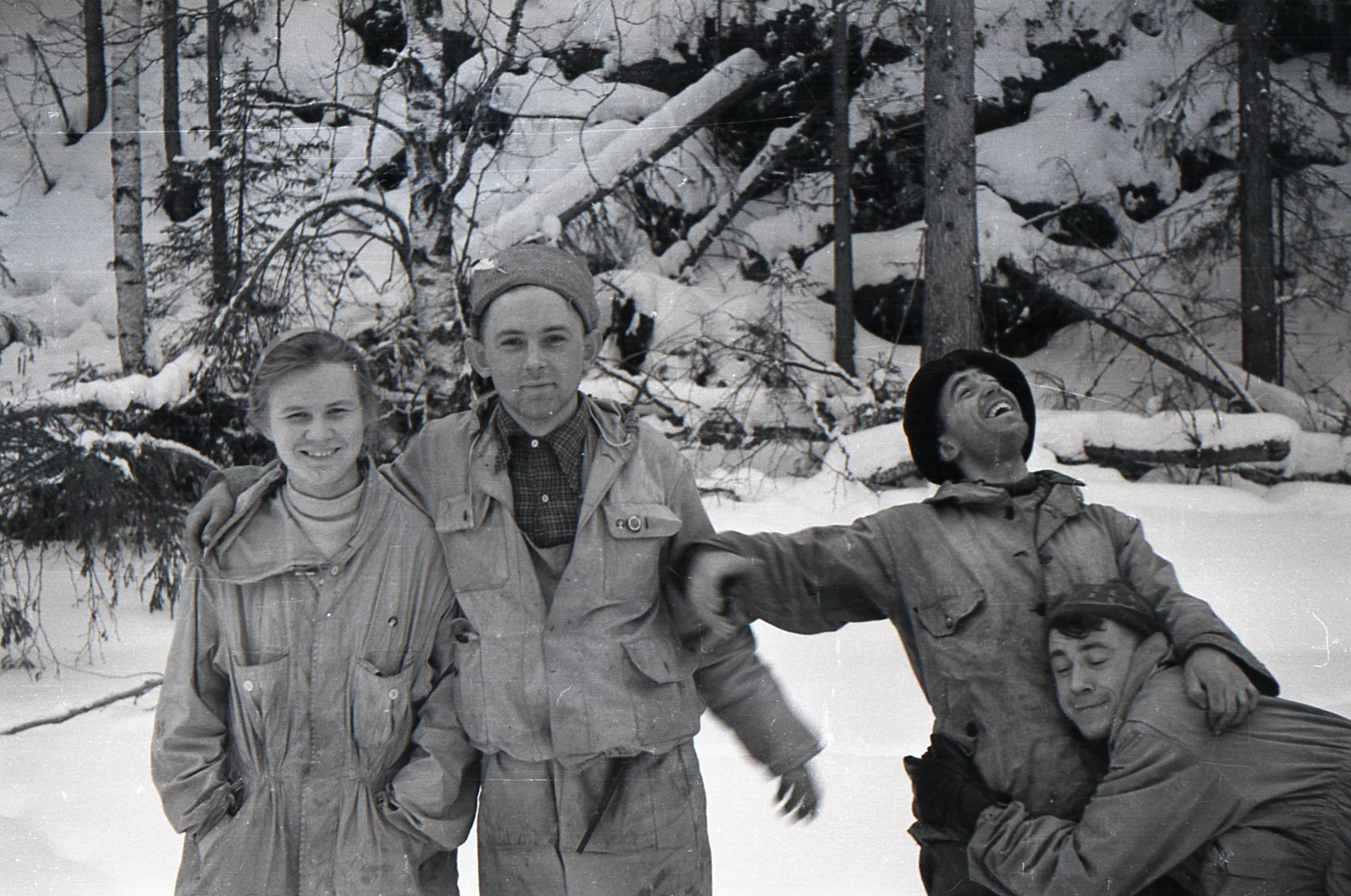 It is believed that Dyatlov's group on January 28, 1959, walked along the Lozva River and in one of the places with a picturesque bank within 30 minutes of accessibility from the abandoned settlement 2 of the Northern Mine were photographed in small groups. They took ten pictures, on skis, on the ice of Lozva, in one place, on the same background, on 4 cameras. This is shot No. 5 from film No. 1 according to Koskin, shot allegedly on January 28, 1959 on a Krivonischenko's camera.


It exposes the falsificators of the campaign and the "filming of Dyatlov's group" twice.


Firstly, by height. The real height of Dubinina and Krivonischenko is almost the same, 167 and 169 cm, such a difference is not perceived visually. The photomaster didn’t see them nearby, therefore he made Krivonischenko half a head taller than Dubinina.


Secondly, on this only one photo of the “campaign”, full-face of Krivonischenko is clean-shaved. 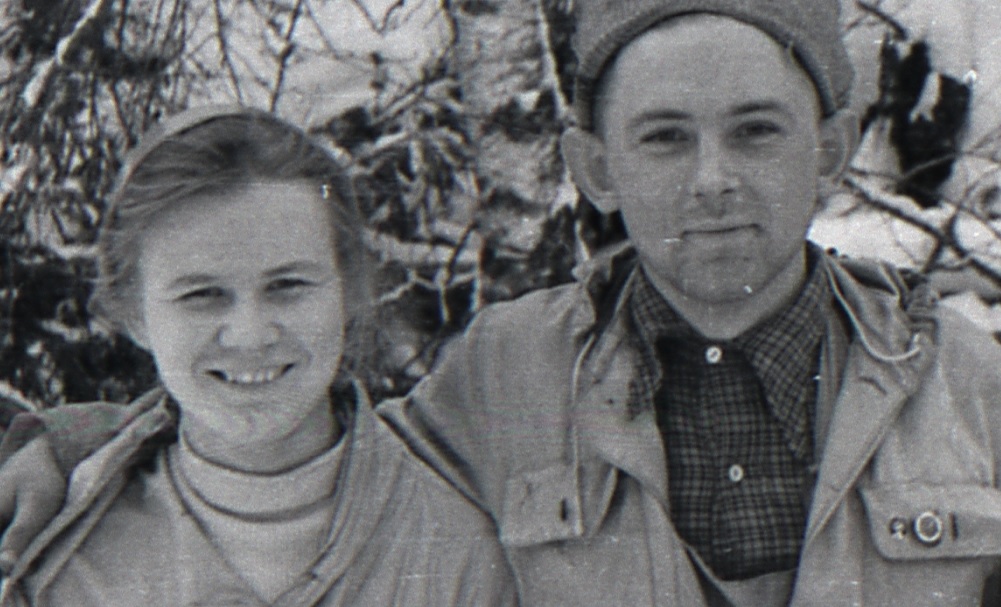 And in all intravital photographs, no matter how many there are, Krivonischenko is also shaved perfectly. He was a very neat young man and always took care of himself.


At the beginning of film No. 6 according to Koskin and in the photo of Dyatlov, he is always shaved and shaves before the trip and on the bus in Ivdel. 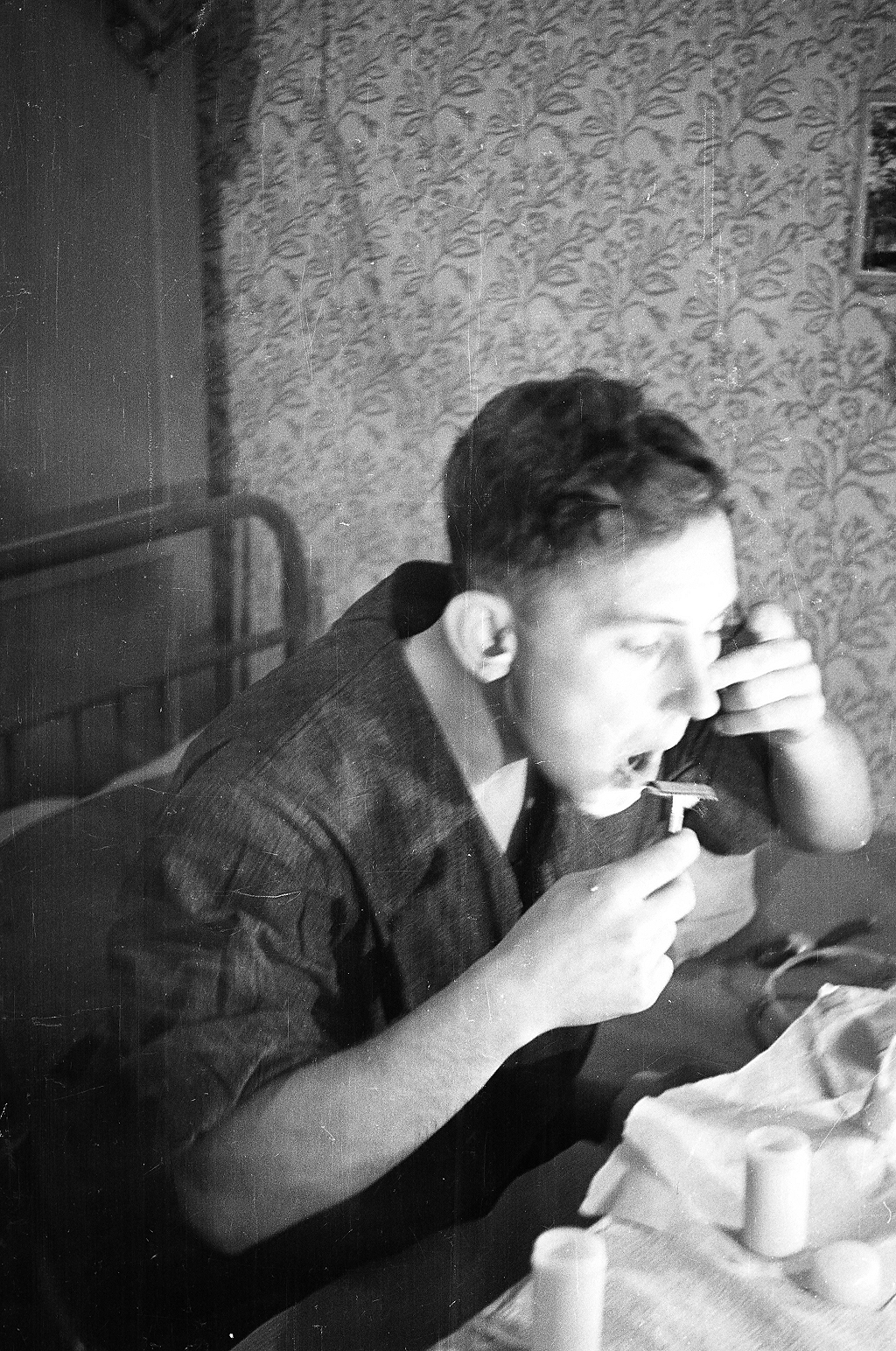 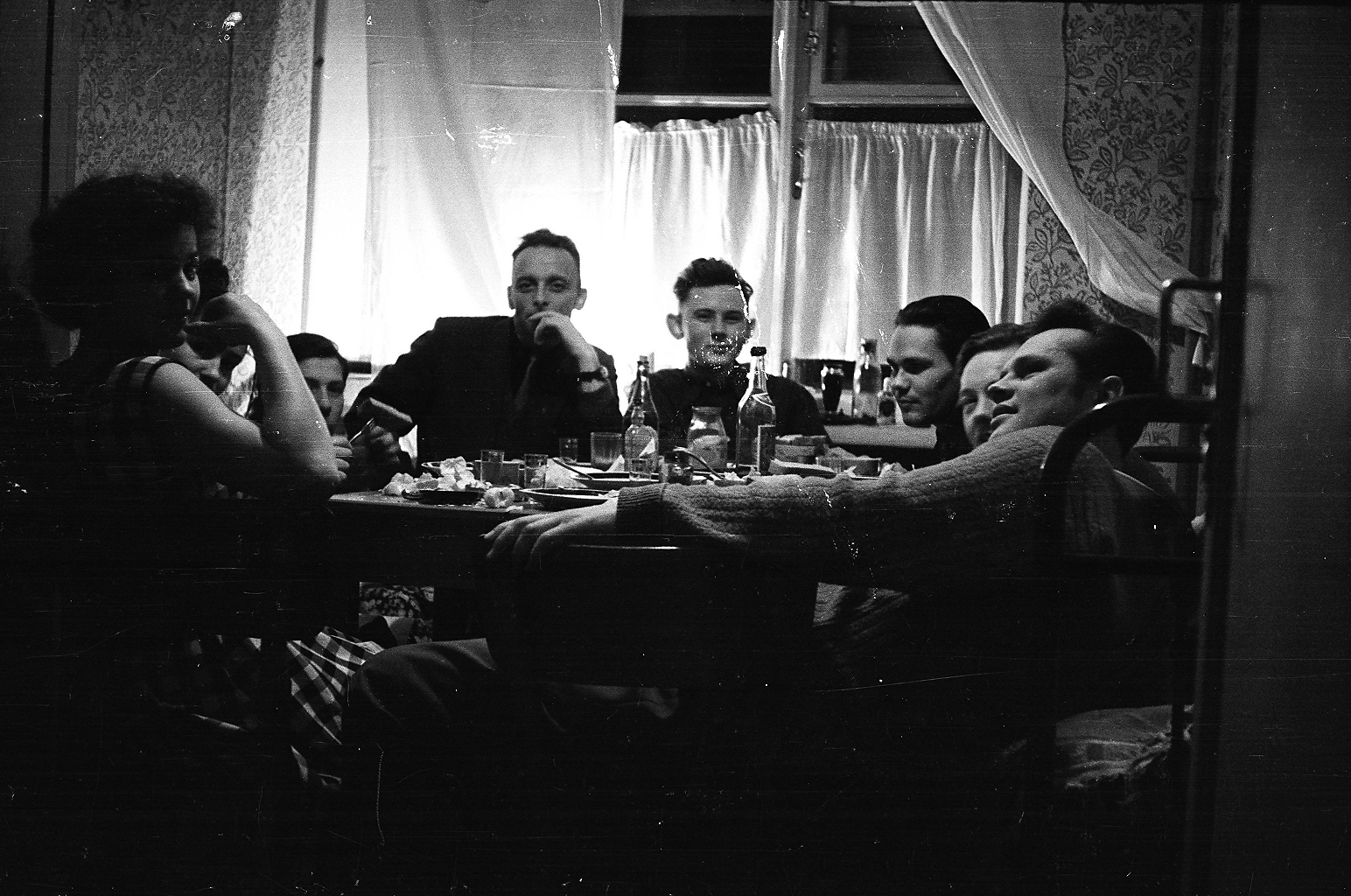 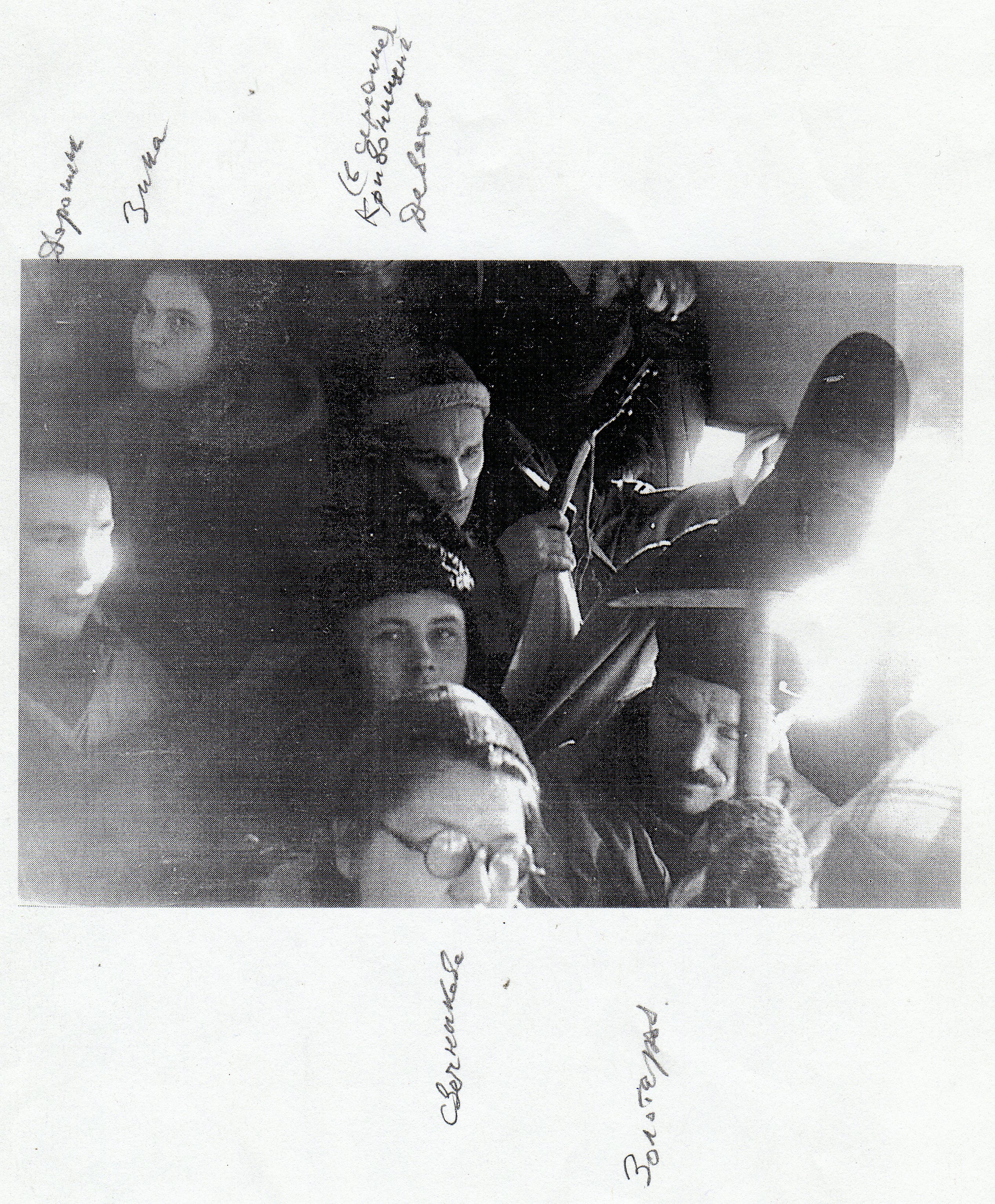 In the act of the pathologist , pages 112-119 CC, Krivonischenko’s corpse is described with a 0.5 cm long stubble, moreover, of ashen color, although the color of his hair is dark blond. He has the same stubble on the photo in the morgue. 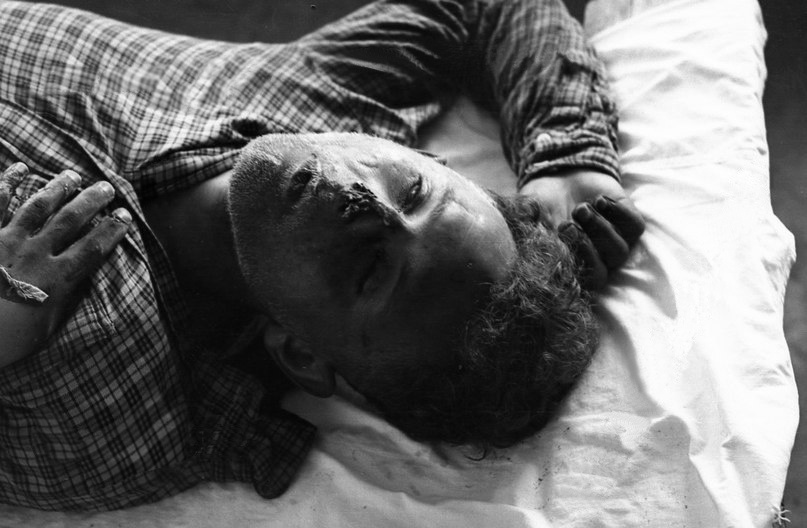 This is another evidence of his life after his official date of death, "February 2 at the pass near Otortenom" for 13-15 days; the last time we talked about the 1 cm black Thibo's stubble, which usually growsin 26-31 days.


The life time during which the stubble grows is determined simply - based on the hair growth rate on the upper lip, cheeks and chin 0.32-0.38 mm per day.


If someone believes that the stubble appeared after death due to drying out of the skin, then it’s easy to see that with 1-2, 5 mm hair depth under the skin there is simply no room for “post-mortem growth” of a half-cm Krivonischenko's stubble and a 1-cm Thibo- Brignoles stubble. 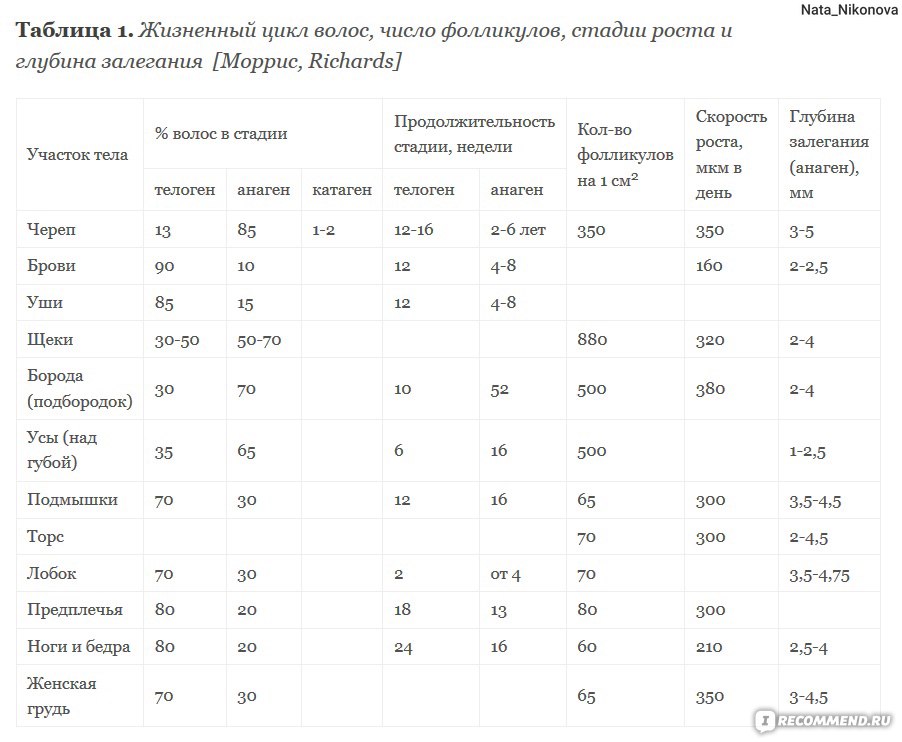 The ash color of the stubble is not surprising. Given the fact that Krivonischenko suffered terrible torture, he could partially become gray-haired these days. Hands burned with fire, shin scalded with boiling water. Of course, he was beaten, although this is the fate of all Dyatlov group members, except Thibo-Brignoles. 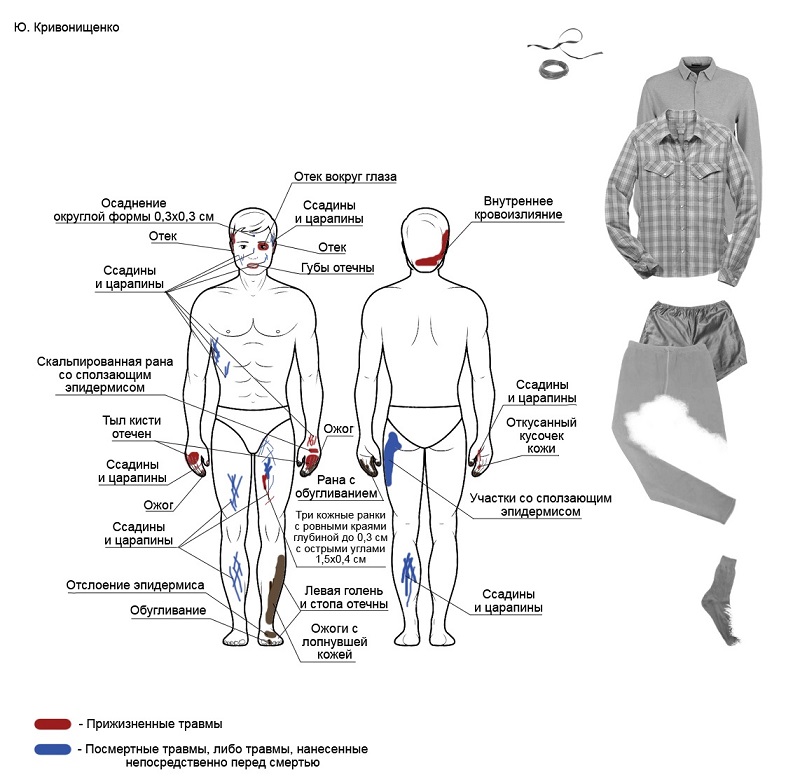 Based on real events with the Dyatlov group it turns out that Krivonischenko was killed or died under torture on February 8-10, 1959.


The authors of a common diary insistently mention Krivonischenko, fire and his cries, signaling to the police, relatives and current researchers of the incident of the Dyatlov group that this was written under duress.


Boards flared up. Smoke came from the stove. Several people pierced their hands with nails.


In the morning everyone woke up the mumbling speech of Yurka Kri.


Nobody wants to sleep by the stove and we decided to put Yurka Kri there (on the other side, our duty Sasha Kolevatov is located). Yurka, after lying there for two minutes, cannot stand this, and moves to the second compartment, while cursing us terribly and accusing us of betrayal.


The stove is a great thing. Some (Thibo and Krivonischenko) are thinking of constructing steam heating in a tent.

About this same wrote Dubinina.


In the morning at 8 o’clock we woke up under someone’s voice. It turns out that this was a mumbling of Yurka Kri with Sasha Kole.


And something else on the title photo.


Above the Thibo figure, a white scratch is visible, that is, made on a positive carrier.

The hat interrupts the scratch, which means: the figure was layered on the carrier with a scratch.


But if we look closely at high magnification, we will see that the scratch is shining through. 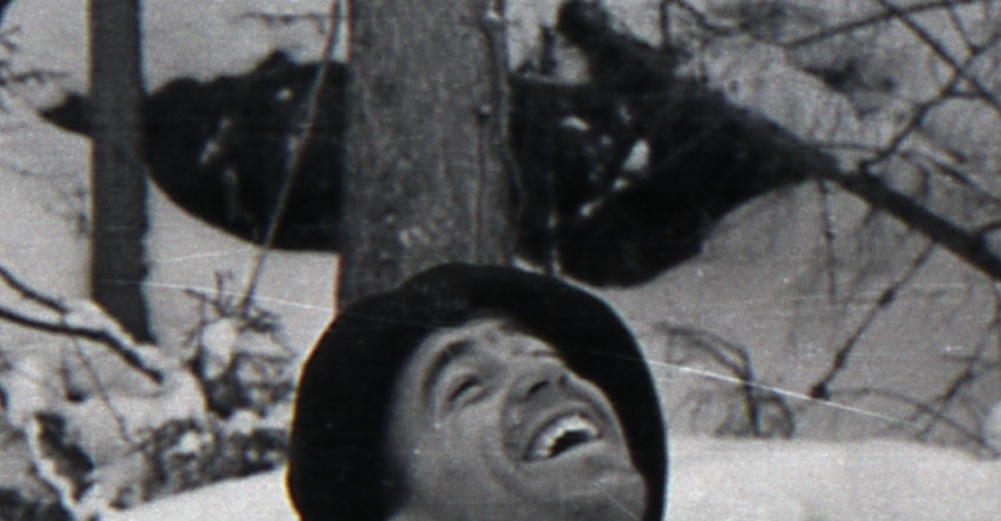 This means that for the montage of this photo work the photomaster used photographic plates.


Some kind of these. At that time, they were widely available (although this is not particularly important for a clique). 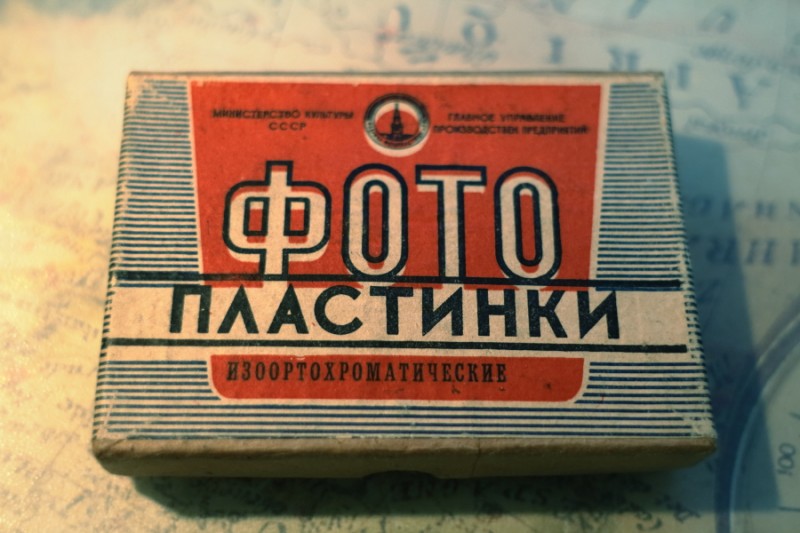 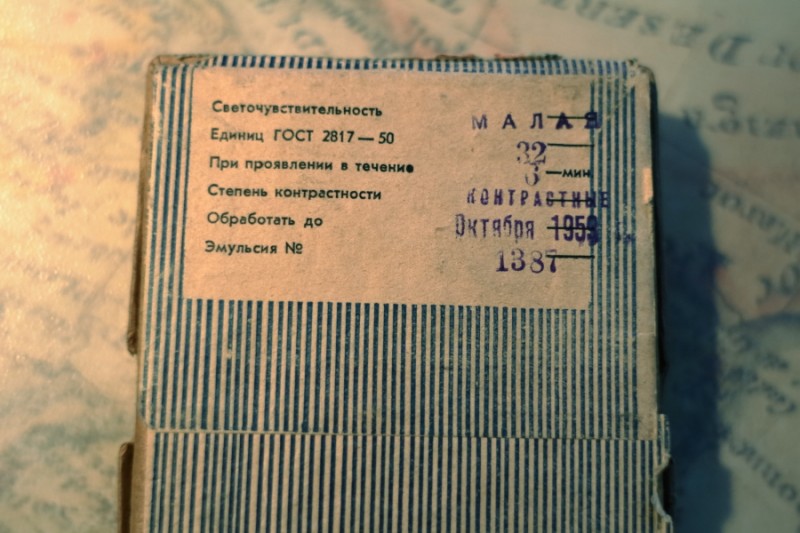 What can these manipulations show? The head in the hat was added to the montage, with a noticeable sizing error - the head here is smaller than it should be. In the source photo, the characters were sitting somewhere on a bench at the station or floundering in the snow, and Thibault was without a headdress, or it was not Thibo at all.


There is one more detail that correlates with the gray strubble of Krivonischenko. Marina Vladimirovna Morgunova (Slobodina), Rustem Slobodin’s sister, remembers her brother’s funeral. And she claims that Rustem's temples turned gray. Not all hair, but only temples. He also experienced a lot before dying. The information was voiced at one of the forums of researchers of the Dyatlov' group incedent , but there was no video recording.


A single profile photo from the morgue confirms gray temples rather than not. 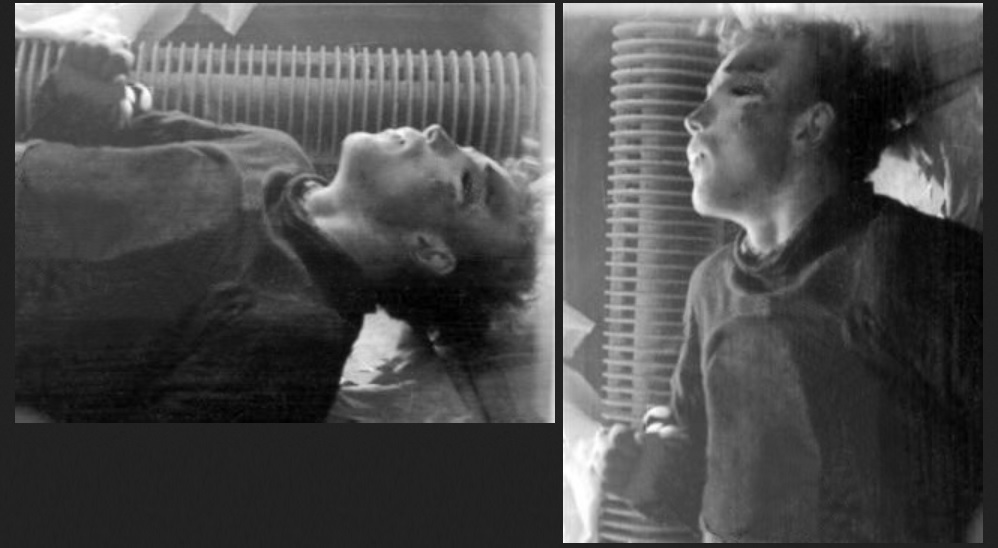 
About other photo fakes, diary signals, real events with the Dyatlov' s group, if you are interested, check here.