Fake pictures of Dyatlov allegedly dated February 1, 1959 at the pass near Otorten

Not a year goes by so that the research of the Dyatlov's incident does not give rise to several new versions of the "secret" of the pass. This is their main purpose. And this year, not a week goes by without news feeds, channels, print-, television-, internet-media giving out another clue to the "secret." All media might works to mythologize an event that has long been considered historical - the “campaign and mysterious death near Otorten” of a group of tourists led by Dyatlov.

Meanwhile, the "secret of the pass" is simple, clear and intuitive. Even a child will see it.

It is visible more clearly nowhere, for example, on the most famous and unique ones pictures from the pass, allegedly made by Dyatlov on 02.01.1959. 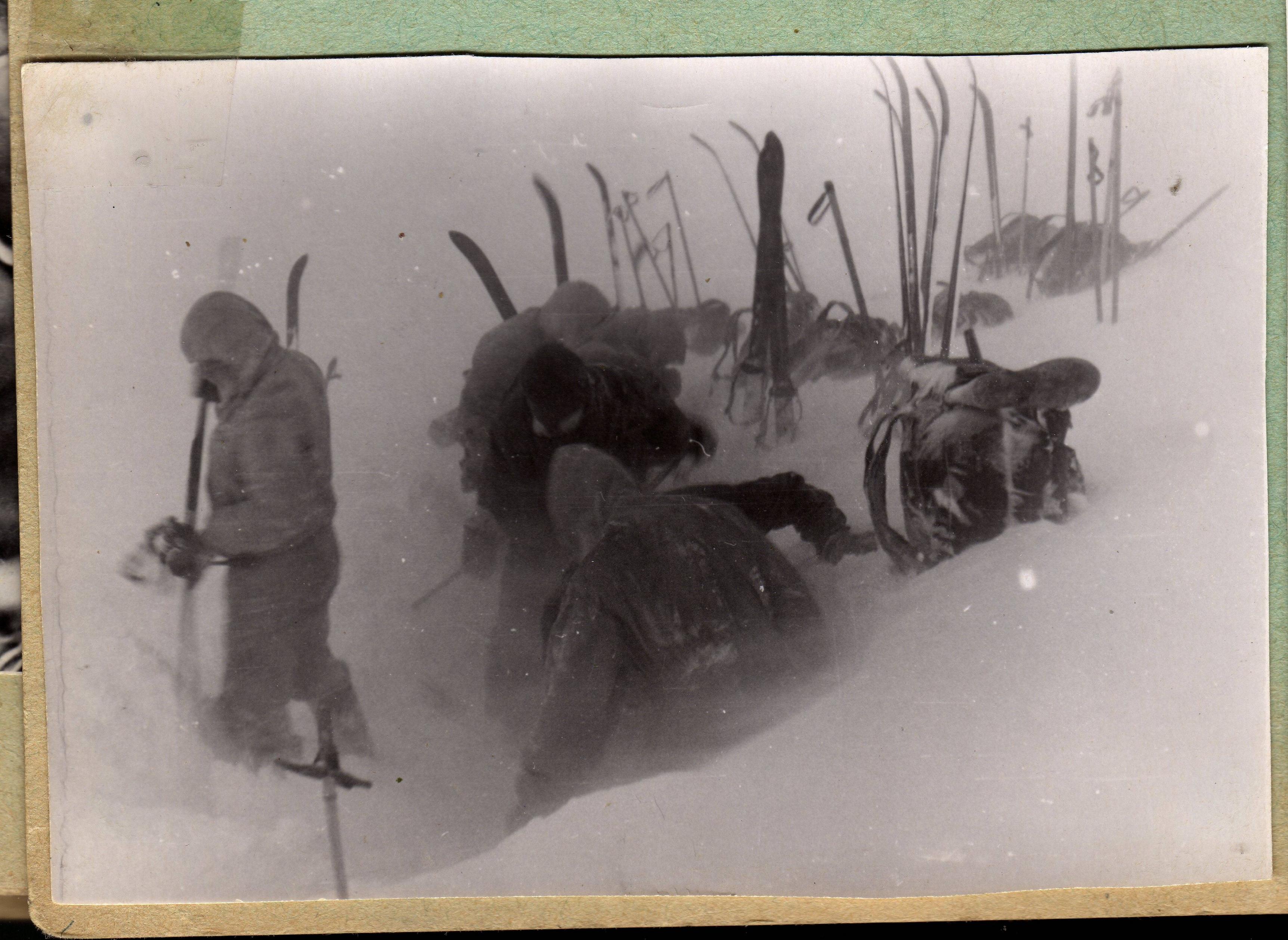 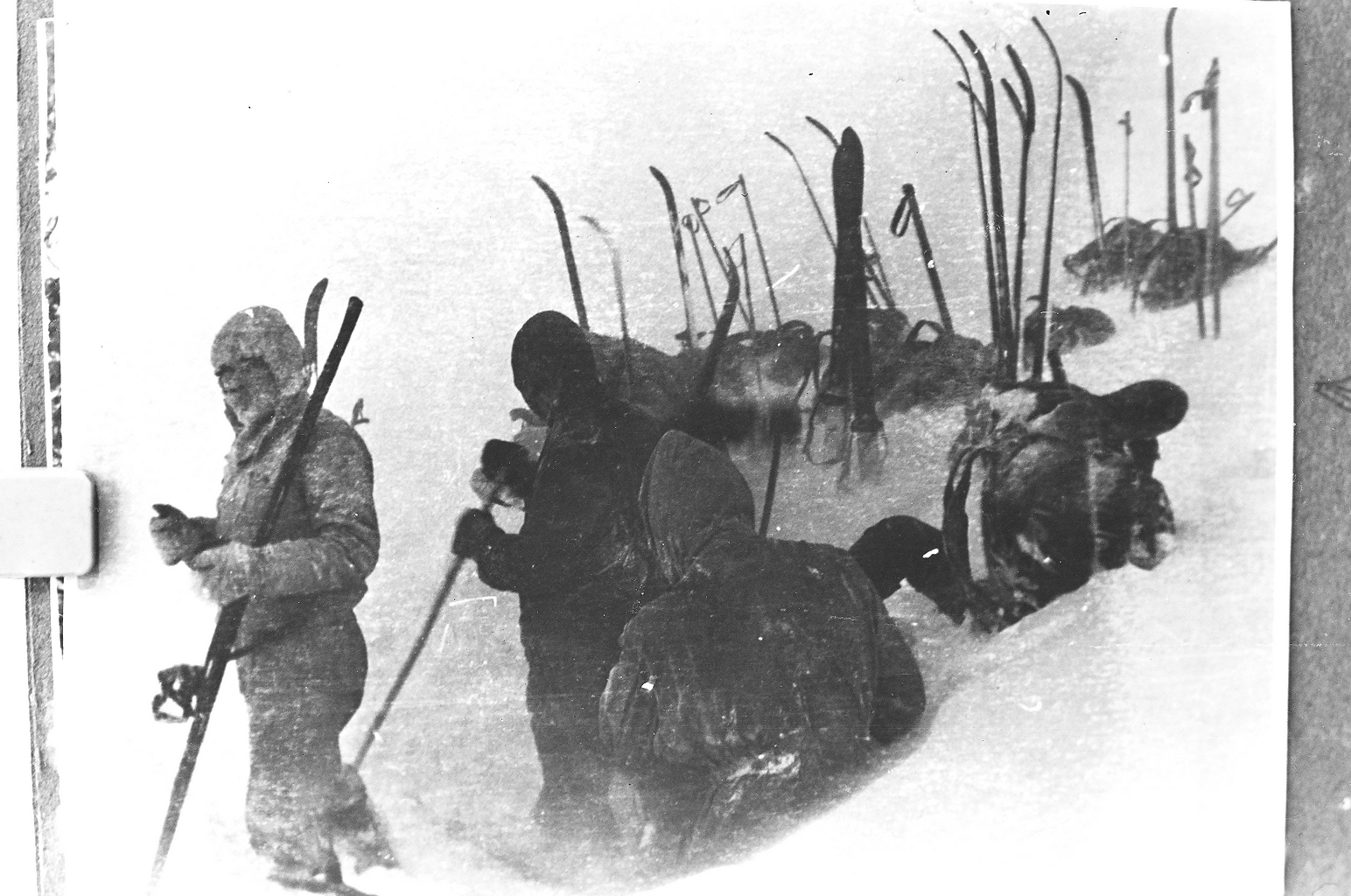 Ask any researcher of the Dyatlov group incident: why did the photo master brilliantly shows the terrible weather and the presence of nine, but set most skis without bindings, and half with incredible shape ski tips?

*
Since the discussion of these fake photos in Live Journal and other resources showed that most of the researchers of the Dyatlov group incident from LJ and networks have never seen skis in their life, don’t know anything about bindings, haven’t heard about shooting of the
Dyatlov’s group skiing and with skies, as well as finding skis with a tent and bodies on the pass near Otorten, I need to make this addition.


On all pictures with the skis of the members of the Dyatlov's group in full-length and on the skis actually found, all the bindings on a place, made where necessary and as needed. The skis are perfectly centered. A toe of ski shoes, in the center of gravity on the middle of the ski. Not fools ski bindings set. Unlike a tent. 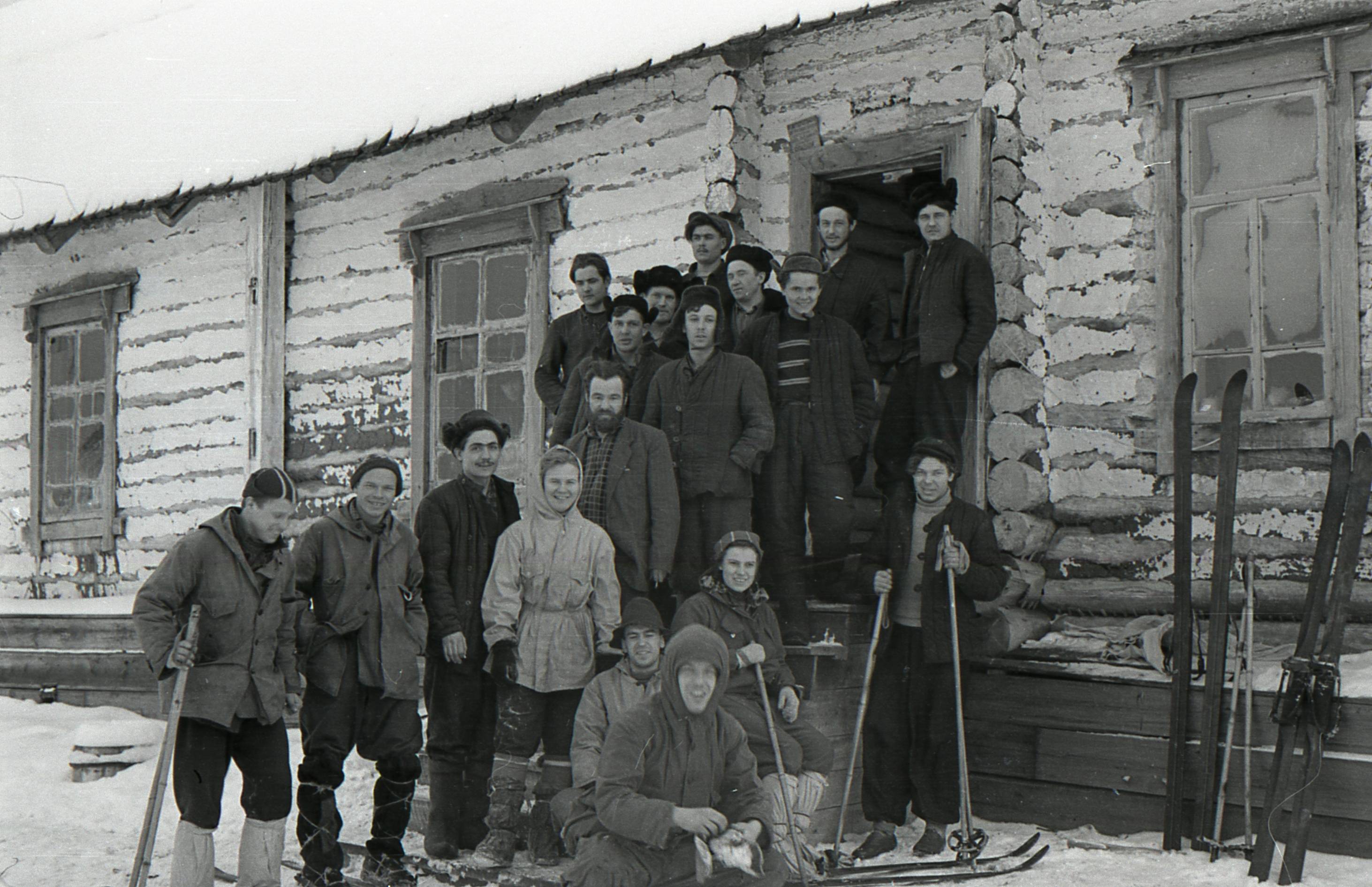 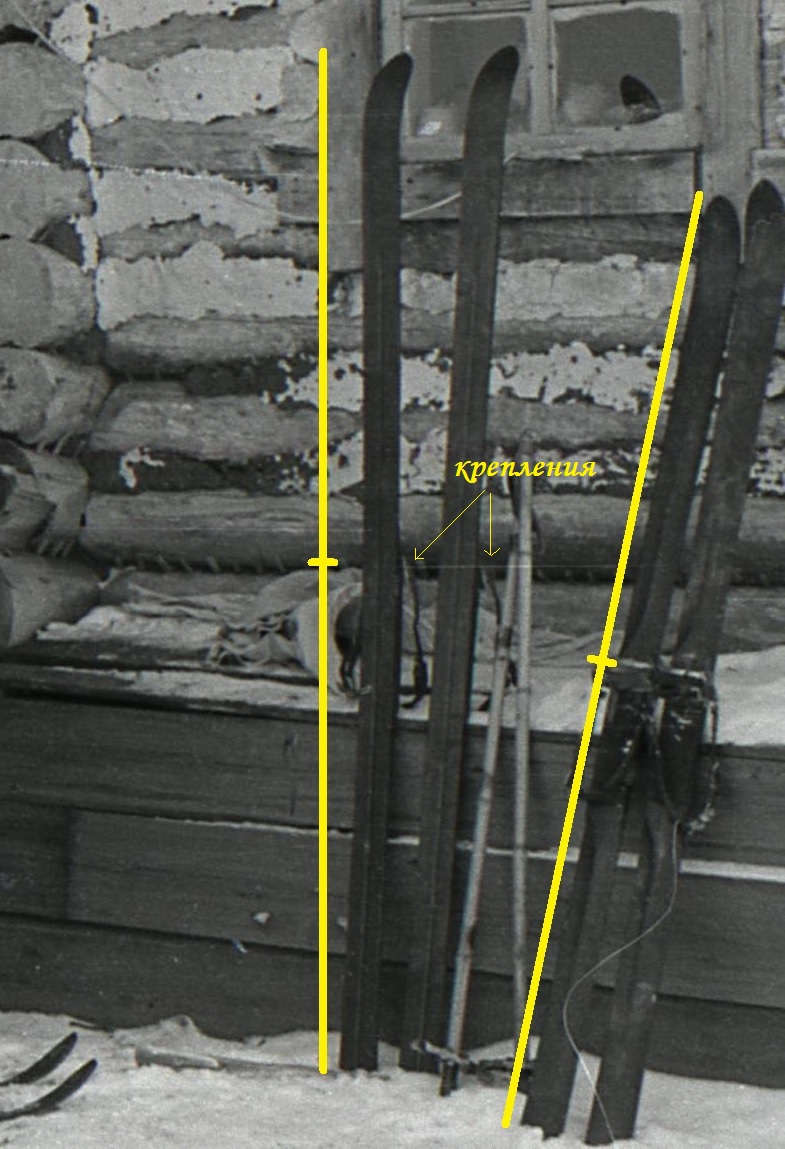 All 8 pairs of skis on the pass at the tent also have bindings placed where necessary and as needed. Described in the case, these, plus a broken ski. Watch and count. 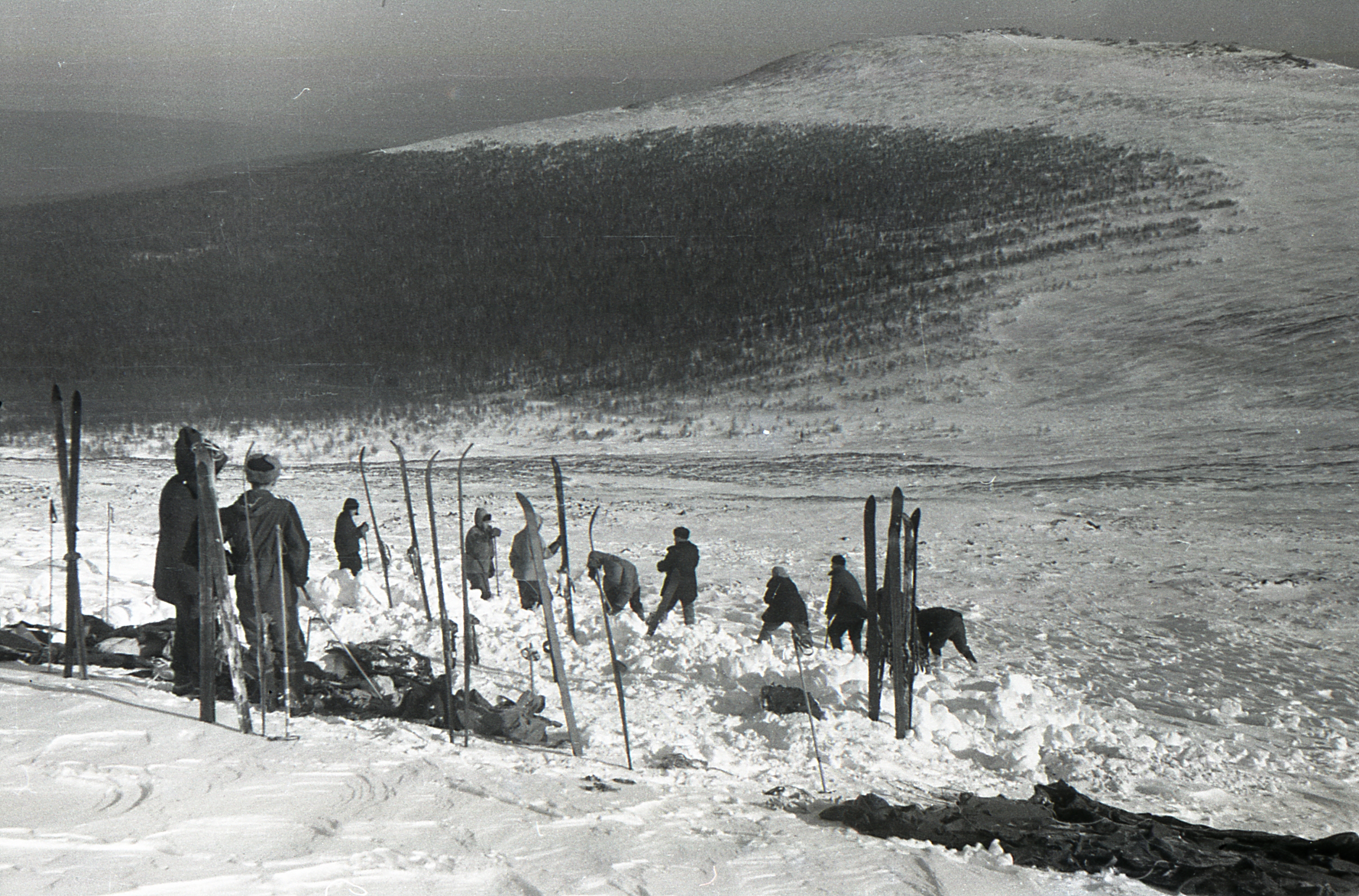 *
Having convinced ourselves of the fakeness of the “photo of Dyatlov from the pass,” let's return to the research of the incident of the Dyatlov's group. An even more interesting mystery awaits us here. 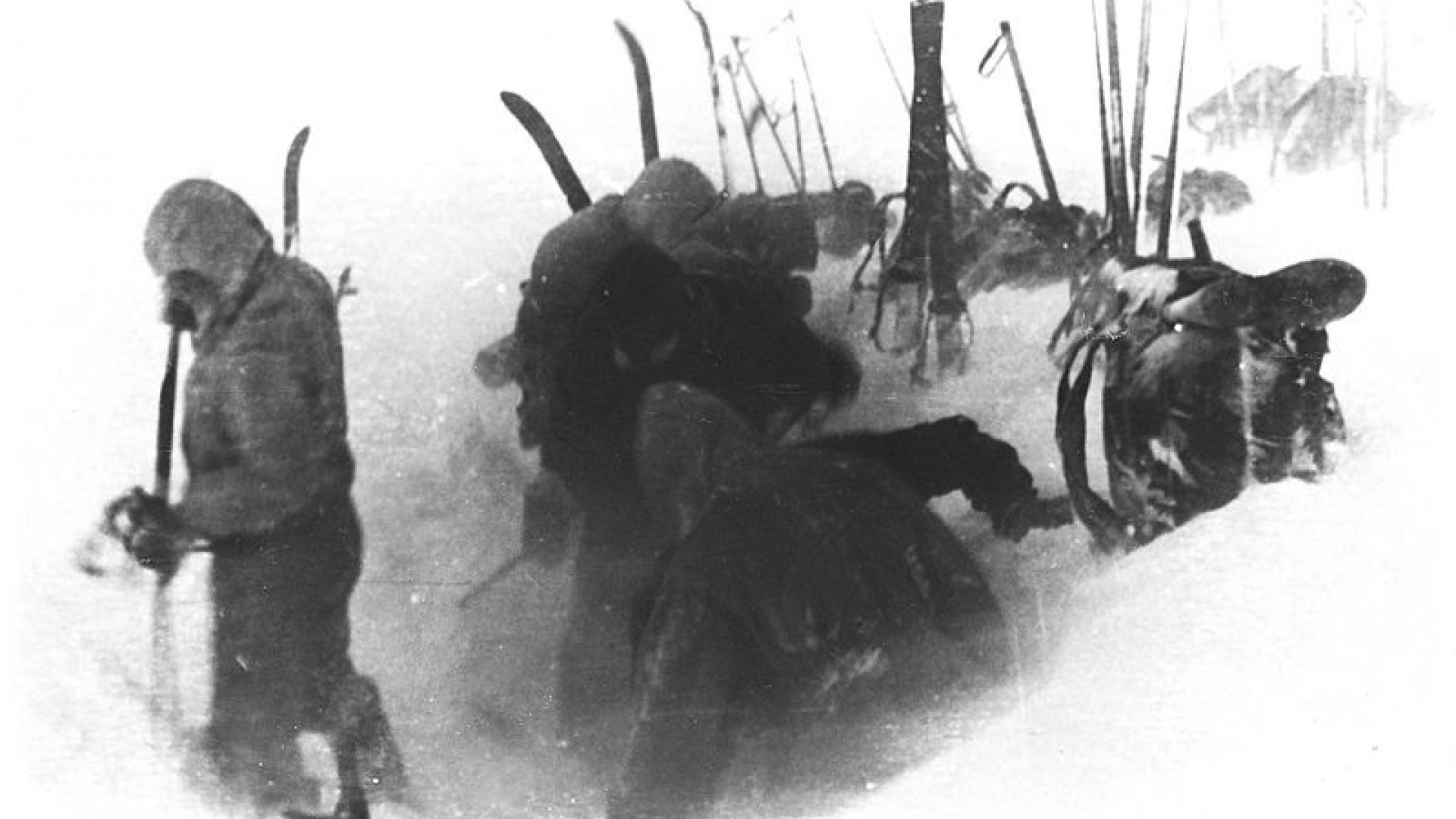 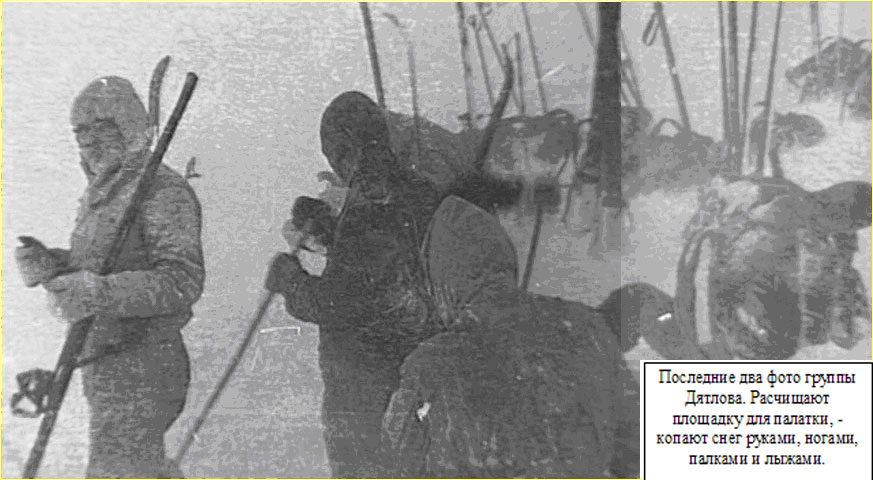 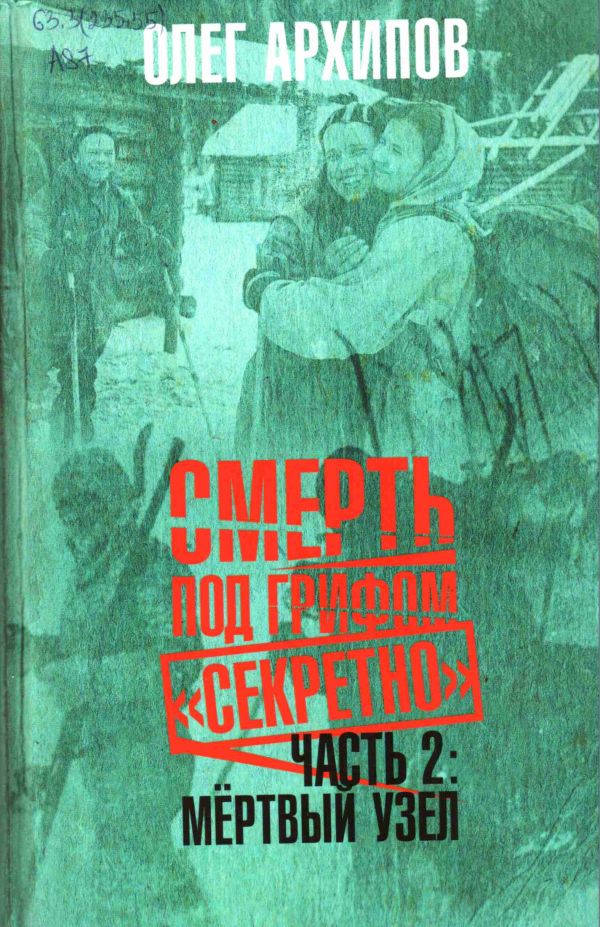 
I wish you a clear mind, well and good luck!