Work on the mistakes of the researchers of the Dyatlov's group. The three on relax

What a wonderful book I got from the internet!

The “camping and the mysterious death near Otorten” of a group of tourists led by Dyatlov has long become a historical event about which books are written. We will not talk about the contents of this book, it was laid out and pushed into a hundred rows by journalists, publicists, producers, writers, bloggers, streamers, spammers of media and Internet. Let's look at the design. Of course, everyone who is familiar with the theme of the Dyatlov's group saw that they used the photo allegedly taken on 01.29.1959 by the Thibo-Brignole's camera on the Lozva River. 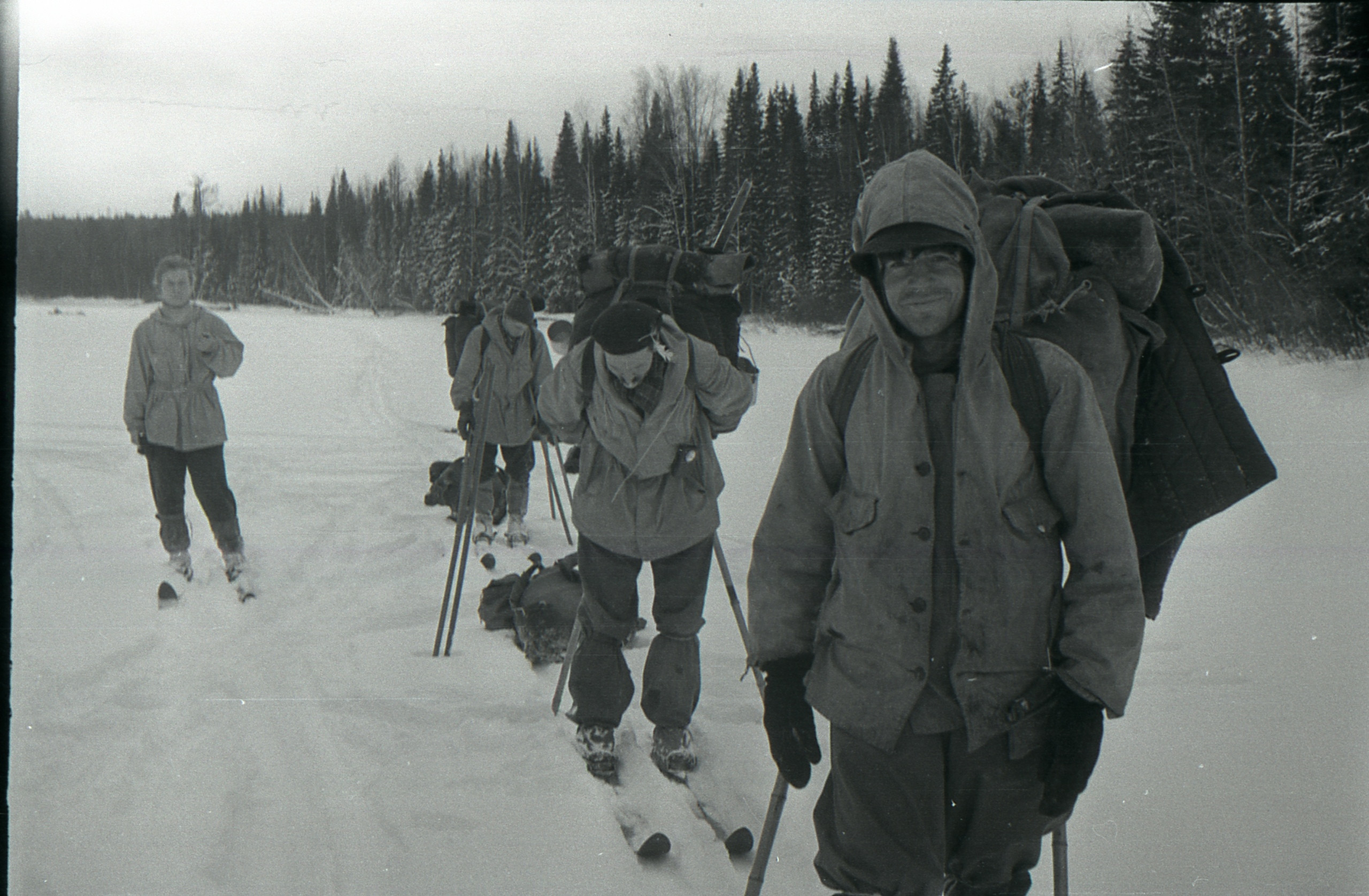 Photowork - unconditional fake, hacky photomontage. The author was powerfully mistaken with the size of the figure of Dubinina; she should either be smaller or stand closer.

Dubinina's ski tips and heels are almost at the same distance from the photographer. From the ski tip to the binding - less than a meter. That is, at this distance Dubinina is closer to the photographer than Slobodin, but her figure is almost one and a half times (!!!) bigger. Very stupid photo master mistake. 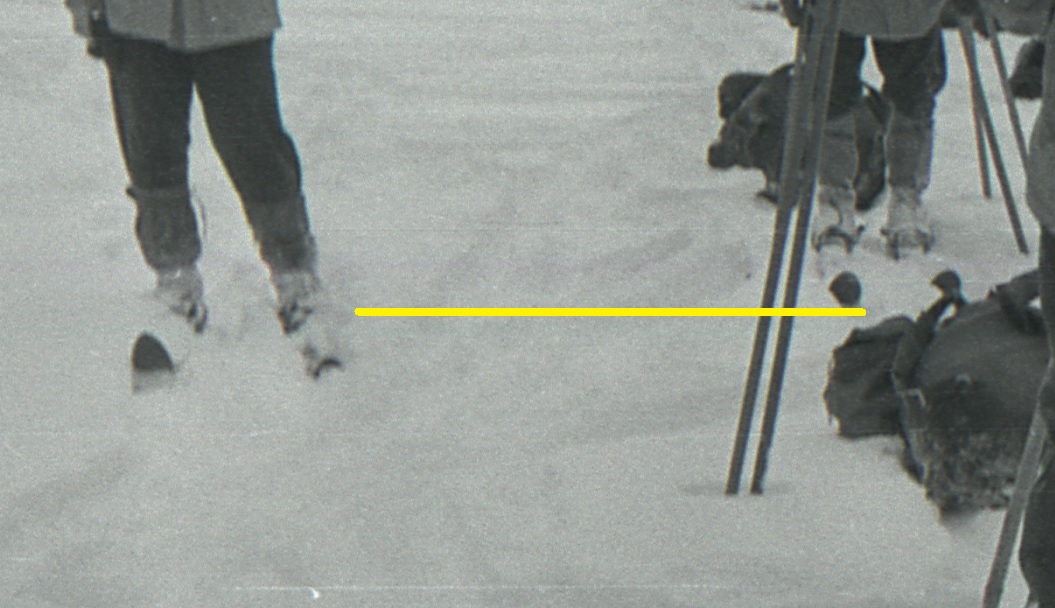 These segments - the height of Dubinina from the sole to the neck - of equal length. 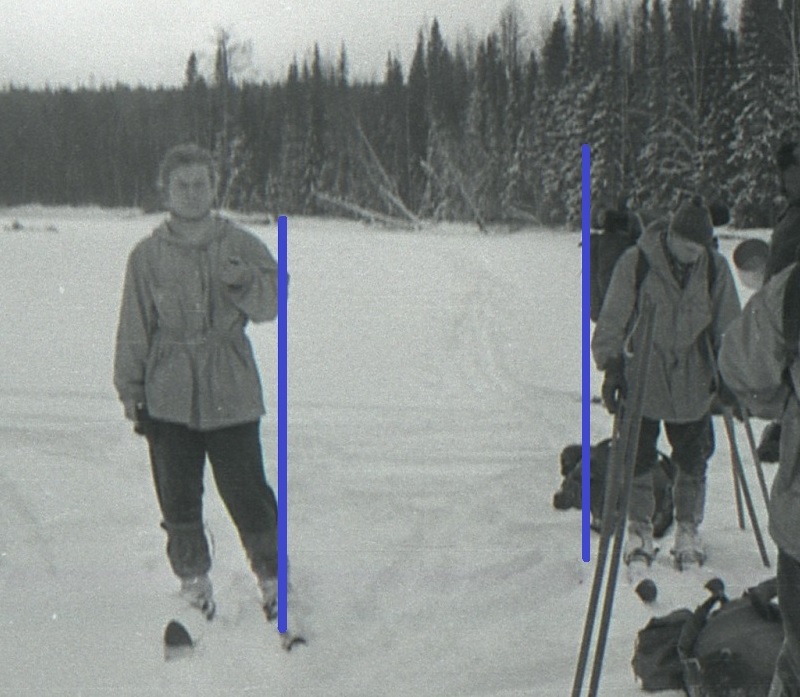 What did the authors of the book do?

They put Dubinina a little further and higher and made her as tall as Slobodin, as it should be in a real photo. And Slobodin’s head was bent even lower than the shoulders. The height of Dubinina in the act of the pathologist is 167 cm, the height of Slobodin, that experts of the Dyatlov's group incedent research estimate as equal to the height of Thibo-Brignoles, 174 cm.

These segments are of equal length. 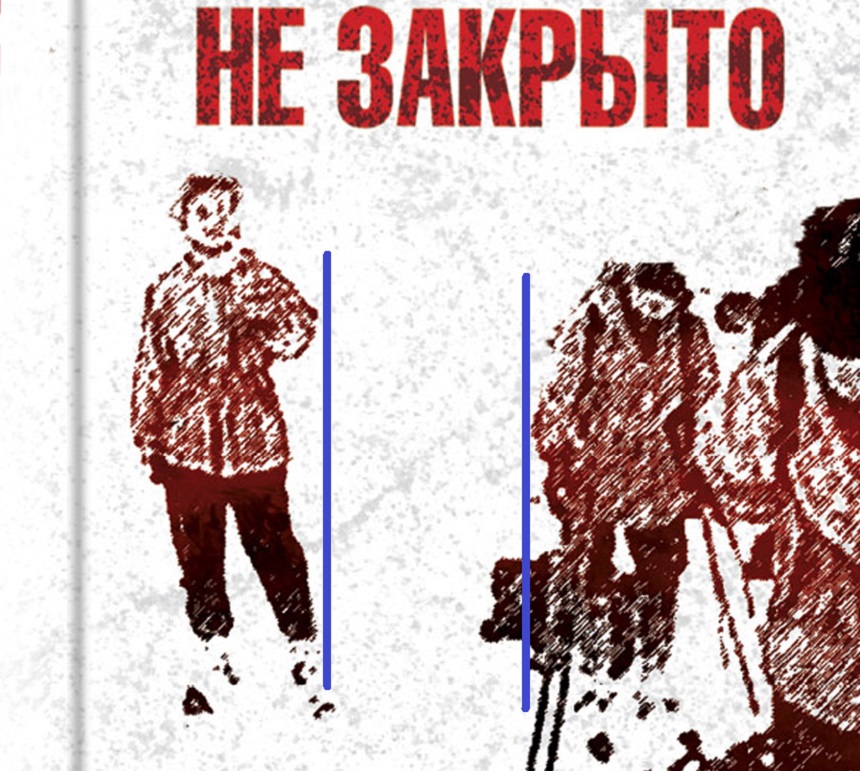 Did they see, while working on the design of the book, the stupid mistake of the photo master who made the “shooting of the Dyatlov group”? Did they know that the “picture of Thibo-Brignoles dated 01.29.1959” - fake and photomontage?

They knew and saw the photo fake with a stupid mistake, and tried to fix it as best they could.


Here you can see many other fakes of the “Dyatlov group camping” waiting for their correctors.

*
There is also the second shot of this selfie taken from a different angle supposedly by Dyatlov (and how many shots were taken in this scene and the whole performance is known only to shooters; if such hack-work was left in the “films of the Dyatlov group”, then the rejection was very significant). And if you look at it carefully, then everything becomes completely sad for those who advocate the authenticity of the camping and filming.

Better to use the original. Clickable. 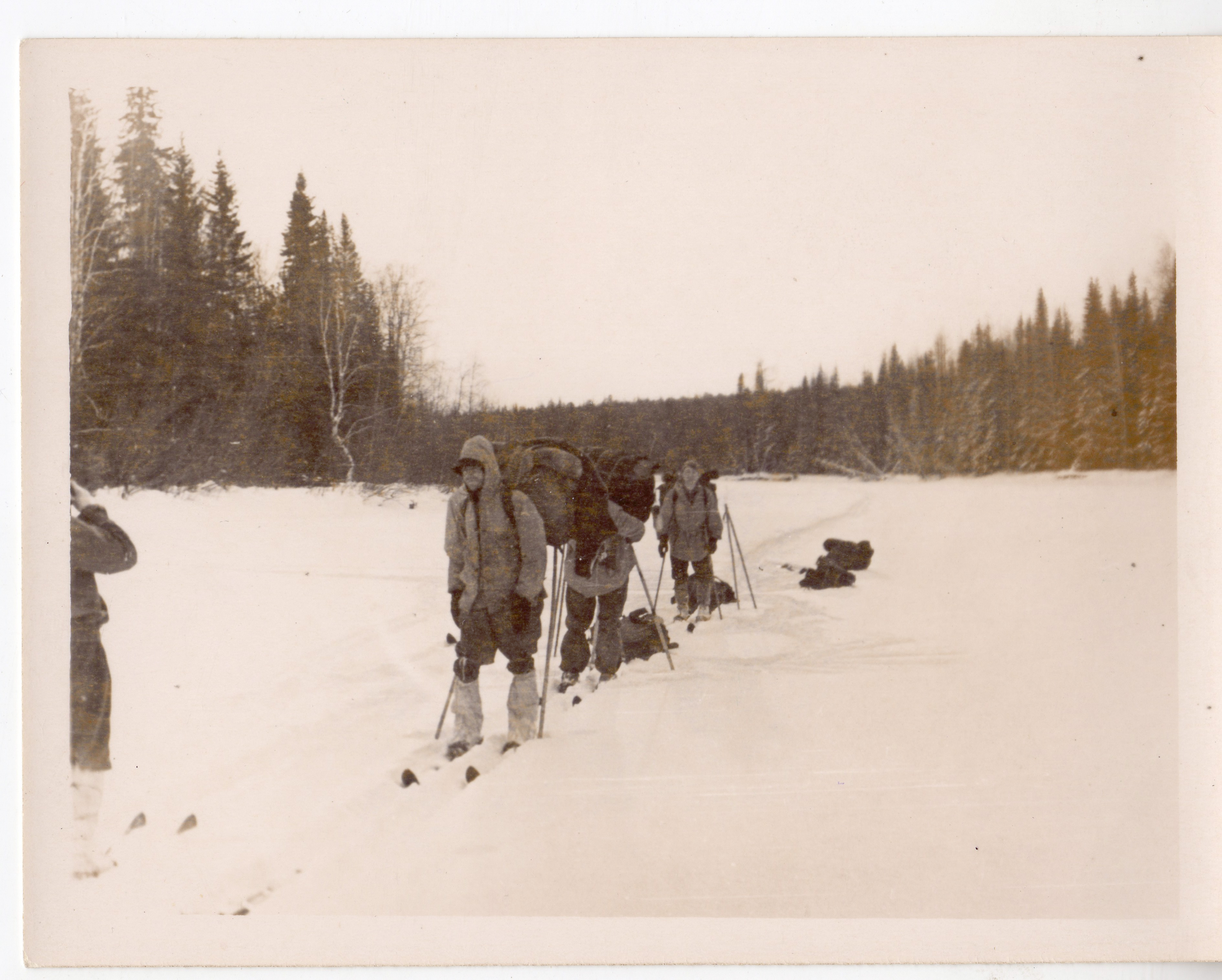 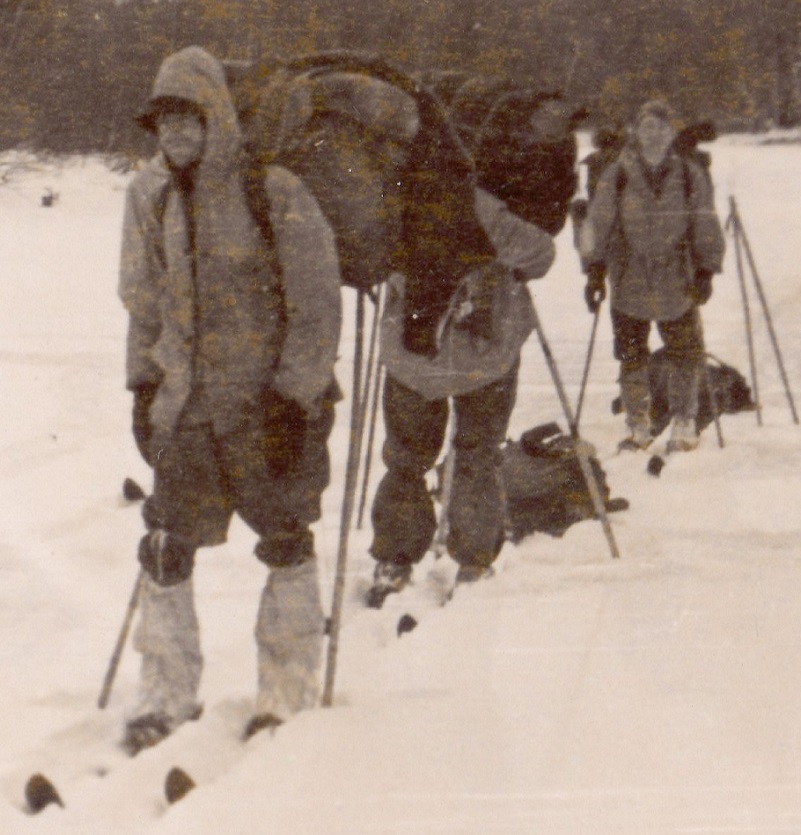 Thibo also on the first photo surprises us with a straight-standing pose with a huge backpack. On the second photo we see that the backpack was propped up with ski poles and they left three of them standing there.

If this is not filming with the currently surviving members of the Dyatlov's group, then who did this - put the two who were suffering under the backpacks to shoot and propped the backpack with ski poles to the third? What did they do it for? What for?

Why are they standing and suffering?
Why did the rest of them leave? Where did they go? Why haven't these three left? Do they like to stand like that? They don't like it at all. Especially Zolotarev, who was bent in half... jWho propped the Thibo's backpack with ski poles? The smart guy himself - offspring of engineers? It is difficult to do this with such a heavy weight behind - the ski poles has already bent down under the backpack. This is someone else propped his backpack. And again - why?

These two pictures are completely absurd with any explanation, except for additional shootings of staged photos.

*
And I’ll pay attention to one thing on the second photo work. Because, judging by the reports, the researchers of the incident of the Dyatlov's group do not see such things at all. Zolotarev under the backpack not only bent in half, but falls. Only a ski pole on which he rested on his weight restrains him from falling.

Further, I will simply quote one in one dialogue with the researcher of the Dyatlov'sgroup incedent from the Khibiny forum:

izumrud wrote:
The explanation can be very simple: the stop is short, they did not want to throw off their backpacks. So they made a support for the backpacks with the help of ski poles, so that they could carry the weight of the backpacks. Zolotarev does not fall, but also tries to make support for his backpack with his ski poles. They do not suffer, they relax. See how Thibo smiles?

gorojanin wrote:
Yes, yes, the stop is short. Only the others left, it’s not known where, on the horizon it is not visible, and three are relaxing. Have you ever tried to relax like Zolotarev - bent over in half, with a huge backpack on your back?
For all my life I have not seen anyone who relaxing like that. Share your impressions of such relaxation.

And I have never seen relaxers who put props from ski poles under their backpacks.

I wish you well, clear mind and good health!